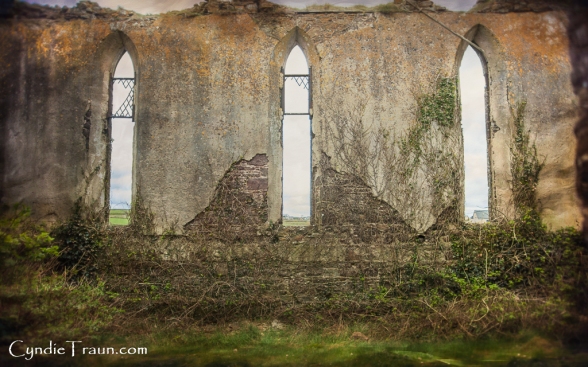 As we made our way south from Duncannon, we stumbled upon this little gem… Ruins of a Templar’s Church. There are only scant remains of the original Templar Church, but the medieval tower is quite impressive. It stands four stories high and has crenellations on top. The old 19th century church has all of its walls standing but is completely roofless and is joined to the tower by an extension where the entrance door lies.

The Knights Templar first utilized this spot by building a wooden tower here. The current stone tower that can be seen was built after the Templar lands were given to their rivals the Knights Hospitaller. The more modern church building is the old Church of Ireland church that was used up until the newer St Mogues church in Fethard was built.

The Order of the Knights Templar were originally founded in 1119 with the responsibility of protecting pilgrims making the journey to Jerusalem. While the military arm of the order was battling in the Crusades many lands throughout Europe were given to the order to help fund their efforts.

Following the Anglo-Norman Invasion of Ireland King Henry II granted the lands to the south of a line drawn from Duncannon to Baginbun. Following the dissolution of the order on Friday 13th, 1307 the lands were given to their rival order, the Order of Knights of the Hospital of Saint John of Jerusalem, also known as the Knights Hospitalier. Three stone towers still stand from the time of the Hospitaliers, built on the same locations as those used by the Templars. One at Ballyhack, one at Killoggan and this one at Templetown. ~Hookpenisula.com 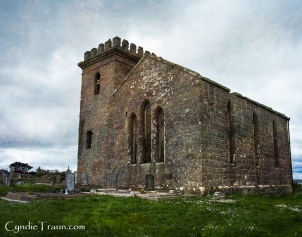 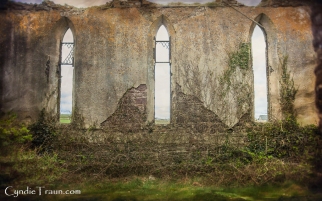 See you at our next stop; stay safe my friends!