“Ghost towns stud North Dakota, and this empty house is just one bone in a giant skeleton of abandoned human desire.”

A quote from a perfectly written article for National Geographic about North Dakota titled,
“The Emptied Prairie” By Charles Bowden

I remember, as a little child, walking hand in hand with my father across fields of long prairie grass.  I was amazed by the dance created by the wind as it touched each blade of grass.  To this day, I can close my eyes and visualize the sight seen as we walked closer to an abandoned farmstead and the excitement noticed in my father’s eyes and heard in his voice. I learned from him that these abandoned properties are not a place of destruction, but a story of endless outcomes.

The trip to North Dakota was an incredible journey, one that I am happy to say, was shared with an amazing man.  Dan and I enjoyed the migrating birds that this pothole region attracts and the vibrant colors a North Dakota landscape can provide.  Visit North Dakota as seen in some of my previous posts:

This trip included some of my favorite abandoned properties to date. As I am writing this post, I can still see the texture of the peeling paint on the rickety walls or see the layers of personal material left behind on the floor.  Two different properties that told two different stories.  The old farmhouse with the herd of cattle watching us explore was full of color and texture – a feast for a photographers eyes.  I could only imagine the grandeur of this home when she was alive with activity.  The other property included in this post was just as incredible, but for a different reason. My grandfather was a talented violin maker and carpenter.  Watching him play the instrument as a child, taught me the wonders of music.  Violin, piano, and cello are three of my favorite instruments that can send a shiver right through me whenever heard.  Now imagine mixing the two…  an abandoned property with musical ties- WOWZA!  The music sheets were strewn throughout the home, and a shell of a guitar was left behind in an empty room.  I can almost hear the music that played within those walls.

This concludes the series on North Dakota.  Where will our next journey take us?  For now, take a walk with Dan and I as we tour some of the most intriguing abandoned farmstead that we have had the privilege to photograph. 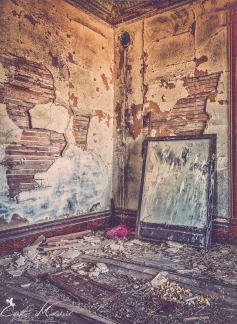 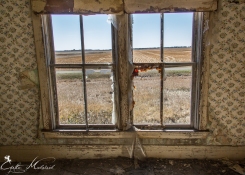 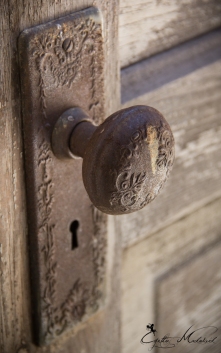 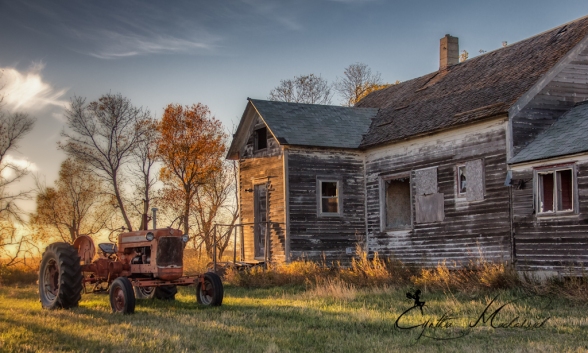 Even though North Dakota may not have purple mountain majesties, its waves of grain provide vivid greens, yellows, and oranges.  This state has it’s own beauty.

According to Wikipedia, “North Dakota has long been known as the most agricultural state in the Union.”

However, just like most farms in the United States, the farms have increased in acreage but have decreased in numbers.  When Dan and I travel the back roads of Minnesota and Wisconsin, we would consider ourselves lucky to happen upon two abandoned properties.  The abandoned properties that we stumbled upon in North Dakota were plentiful and we even joked at one time that we had hit our quota for the entire year just in this one trip.   Some of the most beautiful and interesting properties that I have ever had the privilege of visiting were on this trip. Keep your eyes peeled for my favorite properties coming soon!

Researching the population of North Dakota, I came across this wonderful article on the Bakken Shale Oil Fields at nationalgeographic.com titled:

The New Oil Landscape
The fracking frenzy in North Dakota has boosted the U.S. fuel supply—but at what cost?

In recent years, the state has had a strong economy.  Much of this growth is not due to what they are growing in the fields,  but has been due to what they are pulling from the earth in the Bakken Oil Fields of the Western portion of the state. In 2012, the United States Census Bureau estimated that North Dakota’s entire population for the state was 699,000. Whereas the 2012 population for Denver, Colorado alone was 634,000 and the cities of Minneapolis/St. Paul total population was an estimated 670,000.  From those facts,  take a look at the map below of the light that is seen in certain areas of the United States from space.

In an article written on Oilprice.com titled, “Bakken Companies Sued for Wasting Gas Royalties”, The light that you see on the image of the United states is the result of the surge of natural gas flaring in the Bakken shale.  HOLY CRAP!

“The result is that North Dakota, over the Bakken shale oil fields, looks like a bonfire party, with at least 1500 bonfires at any given time, flaring excess natural gas that can’t make it to the market. It’s cheaper to burn than to build pipelines to transport it.” 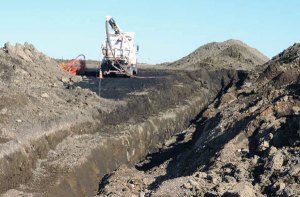 I will be interested in how this all changes the face of North Dakota… Only Time will tell.  Take a trip down that dirt road with us as we travel the back roads of the eastern portion of North Dakota.  I also encourage you to read these articles on the Bakken Oil Fields of ND.  This industry is not only affecting the driftless areas of Minnesota and Wisconsin, It is affecting the Eastern and Western coasts of The United States as well.

So open up the car door and jump inside- Don’t forget your seatbelt! 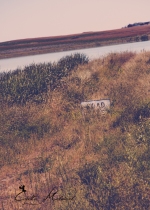 The Dakota Territory was settled sparsely until the late 19th century, when the railroads entered the region and vigorously marketed the land.

“The success of the Northern Pacific Railroad and the Great Northern Railroad was based on the abundant crops and rapidly increasing settlement in the Red River Valley along the Minnesota border between 1871 and 1890.”

“The railroad was the engine of settlement for the state. The Northern Pacific Railroad was given land grants by the federal government so that it could borrow money to build its system.  The federal government kept every other section of land and gave it away to homesteaders. Meanwhile, the Great Northern Railroad energetically promoted settlement along its lines in the northern portion of the state.  The Great Northern Railroad bought its lands from the federal government, as it received no land grants, and resold the land to farmers one by one. It operated agencies in Germany and Scandinavia that promoted its lands and brought families over at low cost.”

“The battle between The Great northern Railway and Soo line Railroad to control access across northern North Dakota resulted in 500 miles of new track and more than 50 new town sites just in one year.  Many of the towns sites were never settled and were abandoned”

Towns began to dot the countryside as growth followed the rails.  As the population of North Dakota declined, the buildings were left under the care of Mother Nature.  Follow the old railway lines and you may just find yourself in the presence of a ghost town yourself.  Many of these abandoned towns and the land that these debilitated buildings reside on, are now privately owned.  Stories of the old inhabitants that once lived in these homes or worked in the buildings flowed though my mind as we drove through the empty streets.

The back roads of North Dakota were unlike any other that we have encountered.  Some roads would end in a marshland full of migrating birds others would just end…  Road Closed. 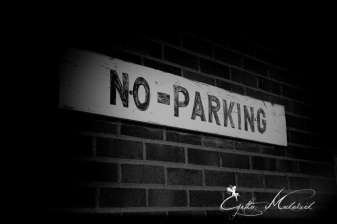 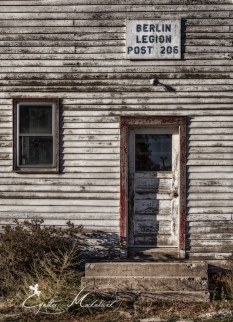 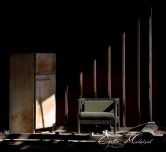 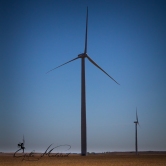 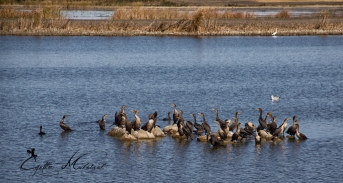 The only song we heard walking through fields of tall grass as we approached this abandoned farmstead, was the North Dakota wind as it howled through the branches of the old Maple trees.  The excitement grew as we came closer to the house.  The wonder of what you may find as the old rickety door is pushed open, is like reading the first pages of a novel.  Sometimes it grabs you and pulls you in, other times it just holds your attention.  There wasn’t much left as the plaster of the walls started disintegrating long, long ago.  The trusty Hoover is still waiting to clean up the mess time has left behind.

Each of these properties hide a plot line (with or without clues) and the fun part for me is to create the characters and scenario played out in times past. 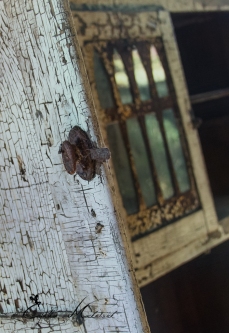 Dan and I were on a mission to find abandoned properties near Fargo, North Dakota as we were heading north on a business trip last year.  My father grew up north of Fargo in the small town of Crookston, MN and I still have family living in Moorhead, MN.  What a great way to mix business with pleasure and take some extra time to explore this area and visit some family.

Stumbling upon ghostsofnorthdakota.com (take some time to stop by their website), we were surprised to see just how many towns, excuse me,  ghost towns, North Dakota actually has.  The decline of the small town in North Dakota and how they have captured these sites before they disappear off the land forever was inspiring to both Dan and I.  The trip sounded interesting, exciting, and educational all at the same time.  We grabbed the Gazetteer and planned our route of the road less traveled.

Northeast North Dakota, although flat, has its own beauty.  There may not be majestic mountains, enormous river gorges, or the sounds and tranquility of the ocean waves in this part of the world.  However, the flat land makes its own palette as shades of the blue sky, and the green, yellow, and gold in the fields combine to make art.  The sound you hear, is the song of the tall grass as it sways in the wind, or the flutter of wings of the migrating birds.  Perhaps it is the silence… at least that is what we encountered in the northeast portion of the State.

Our plan was to see some of these ghost towns that ghostsofnorthdakota.com speak of and to capture a piece of these sites before nature takes over and slowly deteriorates the walls that provide strength to a structure.  Follow the abandoned rails, and you will see what was left behind.  Oh, the stories that these small towns can tell.

For the next few posts, I will share the sites we encountered. 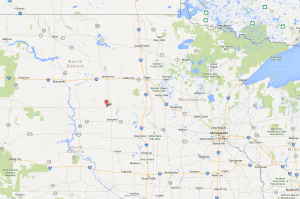 According to a former student, the school closed its doors in 1987 and is now left to decay.  Walking through the halls, you can almost hear the laughter of the children and the wisdom of the teachers as they guide their students through the coursework.  The grass on the playground is tall and the chains have now succumbed rust.  The ceilings crumble, the paint is peeling, and the moss grows rampant.  Soon, she will be gone. 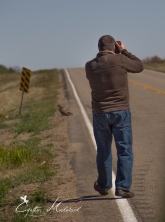 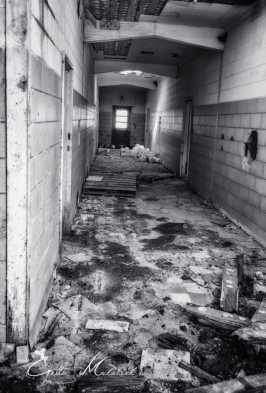 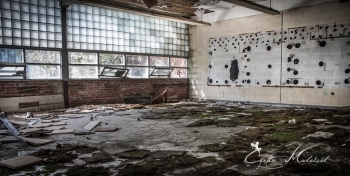