Our days were spent driving, hiking, and taking in the beauty that Ireland has to offer; we enjoyed every minute of the day.  On our second day in this area, we drove the Causeway Coastal Route until it became late enough that we headed back towards our Bed and Breakfast.  As mentioned in my previous post, the Causeway Coastal Route is found between the cities of Belfast and Derry~Londonderry in Northern Ireland.  The road provides a kaleidoscope of natural landscapes, imposing cliffs, bubbling mountain streams and gushing waterfalls. We kept driving and had turned down many unknown roads; each time we wondered what treasures we would find. We were lucky to find gold around every corner. This was the first time we were able to get up and personal with the sheep. Sheep, sheep and more sheep!! There were baby sheep EVERYWHERE! I still remember their sounds – little baby mahhhhs, low and loud mahhhhs, higher pitched mahhhs… I was in heaven 😉 Here are some of the sights we saw on this day: 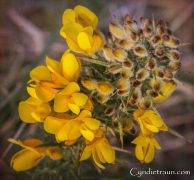 Down one of these small roads, we noticed a sign mentioning a ruin and decided to stop and explore. We got out of the car and started walking down a dirt path barely large enough for two people. As we turned the last corner, we saw a ruin. Getting excited, we started to walk faster and faster until we were upon the once magical place. The rock formations in Ireland were always intriguing and there were plenty of them at this location. I thought of the many stories one could tell from the sea caves and what hidden treasure they held to what I believe is ths largest Tortoise I have ever seen (whom I named Jasper). 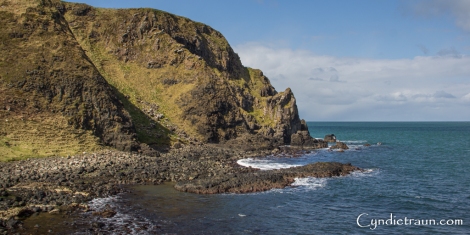 Built in 1547, Kinbane Castle, (Caisleán Ceinn Bán, White Head Castle, Kenbane Castle) is situated in Northern Ireland on a long, narrow limestone headland projecting into the sea, along the Causeway Costal Road. The name Kinbane means White Head and refers to the white limestone on which the castle stands. Not much of the castle remains, and the path up to it is narrow and stepped. -Wikipedia 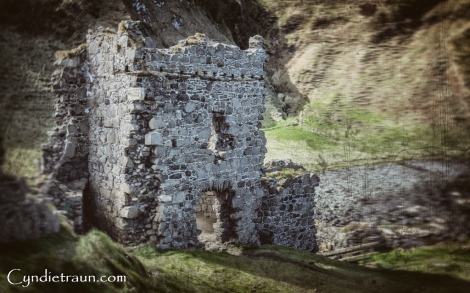 What a day of adventure! It was time to head back to Kilmail Country Chalet. The owner of this Bed and Breakfast knew that Dan and I are both photographers and had offered to take us to an overlook at sunset. We appreciated the gesture tremendously and his gift was priceless. We would have never found this little gem of a place. See you at our next stop. Enjoy!