Charles Bennett and Daniel Sweet founded Pipestone, MN in 1876.  By 1890, Pipestone had train service on four different rail lines and had become a travel and business center hub for southwestern Minnesota.  A lot of the buildings within the city are constructed with local Sioux quartzite. The county courthouse, built in 1899, is made from this stone and is considered the most stylized of the quartzite buildings located in the city. It is rectangular in shape with a 110-ft clock tower topped with a dome and a statue of Lady Justice.

Another building constructed with the Sioux quartzite stone is Moore Block which was built in 1896.  This 25 foot by 85 foot building was built by Leon H. Moore, a local businessman who owned and operated a Sioux quartzite quarry. One of the more distinctive features of this building are the gargoyles that embellish the north and west facades.

Within the grounds of the Hiawatha Pageant, the”Song of the Hiawatha” was performed for the last time in 2008 due to the lack of volunteers, funding, and attendance. For 60 years, busloads of tourists were brought to this small town in Southwest MN. 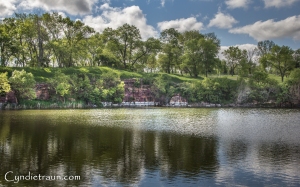 After exploring Pipestone, we decided to make our way to Blue mounds State Park. It was a gorgeous, although hot day when we decided to venture out on the hiking trails.  Usually, before visiting a park, we do our research and know the terrain so we are prepared for what comes our way.  This day, we were not prepared and unknown to us, we were about to embark on a 13 mile hike.  Not a problem, but when you are not dressed or prepared for the occasion, it can become difficult.  I remember falling many times due to the slippery shoes I had on my feet, at one point in time- right in a small stream.  Saving my camera came first so my body took the brunt of the fall.  I appreciate Dan not laughing at the time as I’m not sure I could have contained my laughter.  We eventually came up to the visitor’s center where I washed up and we both grabbed some water to quench our thirst. I would like to revisit that state park and come prepared.  Blue Mound State Park has a lot to offer such as one of the last remnants of preserved native prairie, the Sioux quartzite cliffs, wildflowers and cactus, Buffalo, and bird watching.

Traveling in the Southwestern portion of the state gave way to many interesting finds, as our travels always do.  According to Wikipedia, “this region is a transition zone between the prairies and the Great Plains”.  From hiking trails found in Blue Mounds State Park and appreciating the landscape, to exploring southwestern cities such as Luverne, Marshall, and Pipestone to absorb the history and architecture, we stumbled upon many surprises along the way that of course we had to capture. 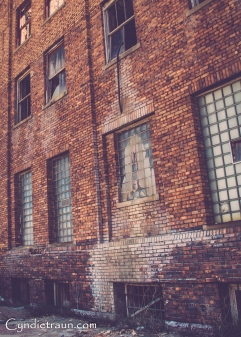 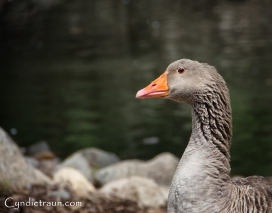 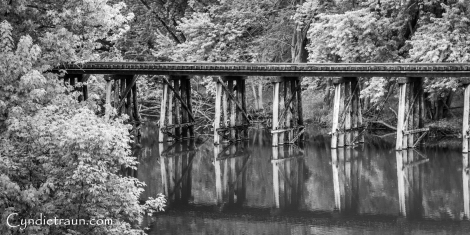 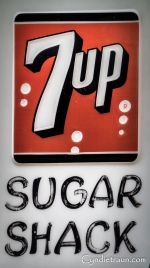 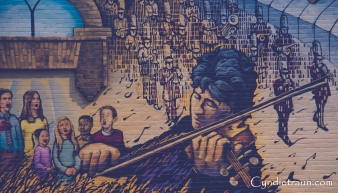